What is Happening in Poland – the Struggles of the LGBTQ+ Community 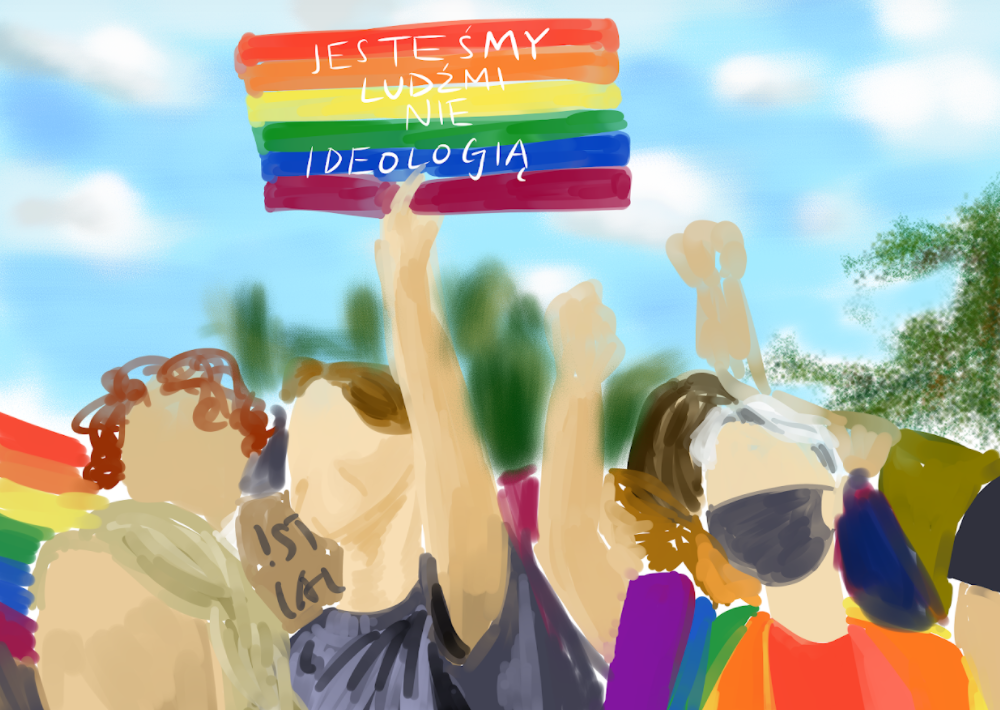 Even though most of the countries are becoming more and more progressive in allowing same-sex marriage, the Poland ruling party – Law and Justice (PiS) is highly homophobic and urges all its citizens to do the same.

LGBT-free zones are introduced in different cities as part of the government’s campaign and discriminatory measures are being implemented against the LGBTQ+ community – an example would be excluding transgender people from public service positions like police and serving in the army.

Although the LGBTQ+ community is highly stigmatized, some parties still stand for their values. However, they stand powerless against the PiS, who managed to win the election albeit their hostile take on the issue.

Policies aside, name-shaming also became part of the government’s agenda. In Poland, LGBTQ+ is called an “ideology”. This is obscene and obsolete as other progressive countries are embracing people with different sexual orientation, some even legalizing same-sex marriage.

Struggling to be heard and accepted in a highly homophobic country, Michael Andersz, 20, who is a member of the LGBTQ+ community in Poland, talked about about his experiences. “I feel bad about what is happening in Poland,” he says, “same-sex couples are afraid to hold hands in the public because they may be called bad words for it, not to mention kissing for which they might be beaten [up].”

Not only is the government itself highly homophobic, its anti-LGBTQ+ sentiments are also passed on to citizens and they manifested themselves in form of violence and aggression. Members of the LGBTQ+ community live in constant fear of their neighbourhood.

“Living in Poland, I’m afraid that when I go for a walk with my other half, I may not come back home in one piece,” he says, “it is terrible.”

The PiS government not only condones severe violence inflicted on LGBTQ+ members, they almost encourage and abet it by showing people it is okay.

The normalization goes a step further – Andrzej Duda, Poland’s President, attempted to deprive even more of gay rights by proposing a constitutional ban on adopting children for gay couples. He even called them “sinners”.

The efforts that the PiS paid in order to hamstring LGBTQ+ members of their rights have led to fulmination and distress. However, these are just voices of the minority and they are usually hit with lukewarm responses if not violence.

The government’s scheme to normalize has caused the public discourse to diverge into two groups of, very polarized, beliefs. Most of them think the LGBTQ+ community “deviates from the norm”.

It is not only the public who thinks that – homophobia has been ingrained even in the family members of the LGBTQ+ community. Constant bullying and name-shaming also exist in school.

“I was harassed by [the] people at school because of my clothes and existence,” Michael says, “people talked about me behind my back, whispered and called me names.”

He continues, “Part of my family is ashamed of me, they say that I should be normal like other people.”

Michael added that part of his family said they will never understand him, as LGBTQ+ must be “treated”.

Even those who accept the LGBTQ+ community are badgered and disdained by others.

“My parents accept me but they care more about the opinion[s] of people, neighbours and everyone else than my feelings”, Michael says. “It took them 9 years for them to accept me, and in the beginning they hated me for 7 years because they were taught that anything that deviates from the norm is bad.”

Why do people agree and abide by the “norm” set by the government? It is clear homophobia is just a part of PiS’s campaign to appeal to anti-homosexual voters. Why are more people falling under the influence of the PiS? The answer is a simple word – ignorance.

“Growing up in a small village next to the small town where I attended school, you could see people’s ignorance,” says Michael. “A lot of people in Poland are under-educated about the LGBTQ+ community.”

Indeed, under-education makes people susceptible to what the government indoctrinates and the values they try to instil. The ignorance about homosexuality and different sexual orientations exacerbates the bigotry that the PiS ardently advocates.

Another form of power – hard power

There is simply no space for institutional change; Michael mentions the inability of government branches to upend the anti-LGBTQ+ policies. “The entire government, judiciary and every possible form of interference in the state are subordinated to the ruling PiS party,” he laments.

In July 2020, the presidential election was held. By a slight tip over Warsaw's President Rafal Trzaskowski, who is relatively more favourable to gay rights, albeit his opposition towards gay adoption, Andrzej Duda won again, by 2%. The prospects for LGBTQ+ rights are dismal.

A phrase to describe Poland