The Winter Olympics: how it Can Make or Break an Athlete 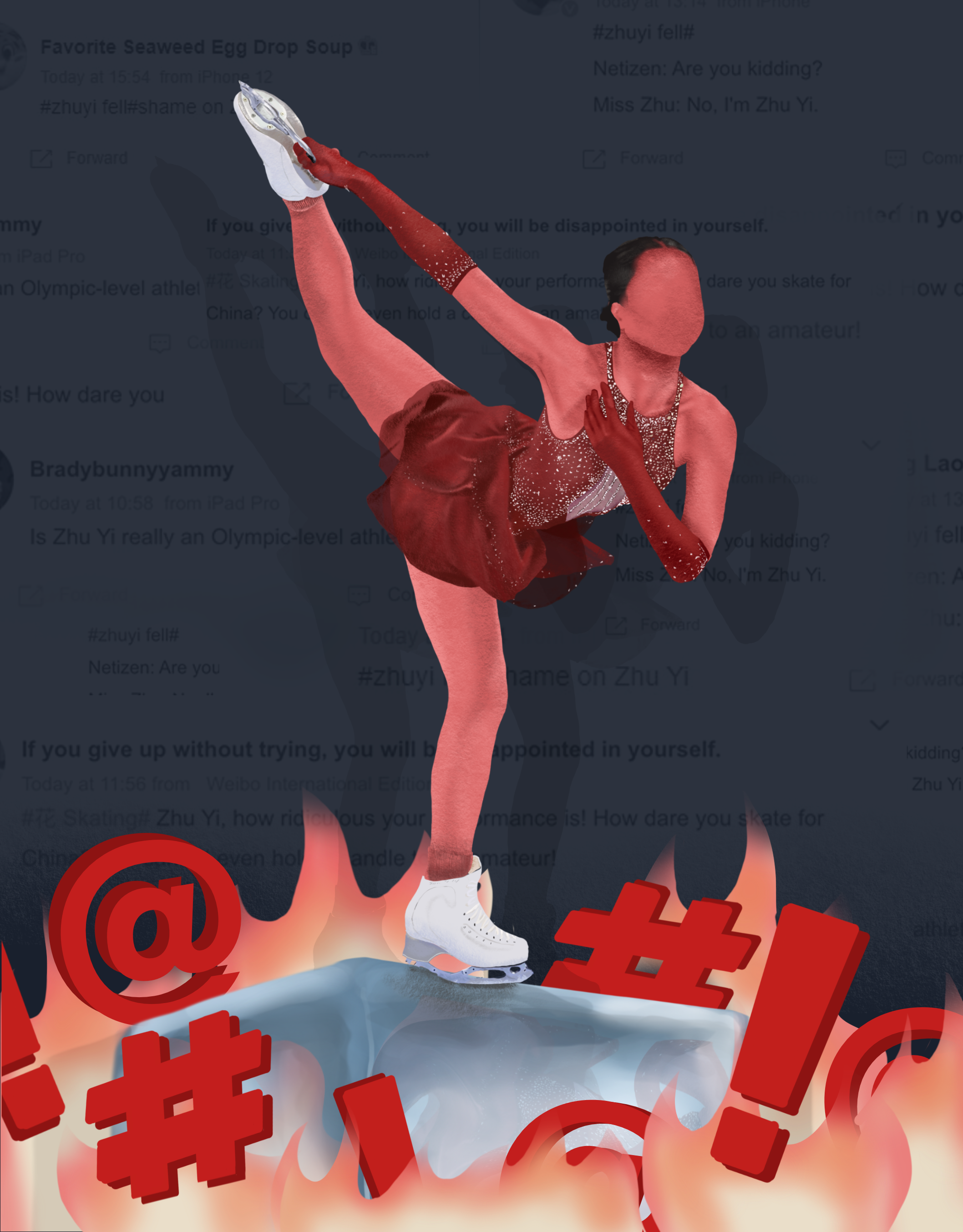 Zhu Yi and Eileen Gu: two American-born Chinese teenage girls from California competing for China in the winter Olympics but two very different responses from the Chinese public. Gu (age 18) grew up in San Francisco, is a freestyle skier, and won gold in the Women’s Big Air Freestyle Skiing event on February 8, 2022. Since then, she has gone on to win another gold in the Women’s half-pipe and silver in Women’s slopestyle. Her victory has taken China by storm, with her being labelled as “China’s snow princess” and even a drone light show in her honour (along with the Chinese women’s football team). In contrast, figure skater Zhu Yi was bearing the brunt of online attacks from Chinese social media.

Zhu (age 19) was born in Los Angeles and first started skating at the age of 7 at the Los Angeles Figure Skating Club. Her first notable title was the US Junior Novice Championships in 2018, and the same year, she renounced her American citizenship and decided to represent China at the 2022 Winter Olympics. She competed at the 2019 National Championships in Harbin and the Asia Open Trophy, among other competitions, coming fourth and seventh, respectively.

Her transition to the Chinese National Team was surrounded by much controversy. She was examined by Chen Lu, double-Olympic figure skater medalist, for three weeks before committing to the Chinese team and competing for the Winter Olympics spot; he went through another trial against Chen Hongyi and Lin Shan. Zhu beat Chen by 7.96 points; however, many were dissatisfied with her representing China, accusing her high ranking father Zhu Songchun, an artificial intelligence expert, of nepotism and “[stealing] people’s dreams and positions”, according to one internet user. Her inability to speak Mandarin also caused dissatisfaction within the Chinese Community. Nonetheless, Zhu Yi posted on her Instagram how she was “so so so honoured to be representing team China at the 2022 Beijing Olympics. After five test skates [she is] proud to have fought till the very end to achieve such a big dream of [hers]”.

Zhu’s first event was the Women’s Single Skating Short Program (a Team event) on February 6th, 2022, where she fell twice and earned a score of 47.03 – last place. She tumbled on her first combination of triple flip-triple toe loop jump and crashed into the wall, then missed another triple loop later on. The photograph of her crying on the ice – along with the video of her falling – started circulating all over the Chinese social media platform Weibo, accompanied by comments criticising her for her under average performance and for her tears.

The social media users commented a barrage of hateful messages such as “shame on Zhu Yi”, “actually do not change your nationality back [to Chinese]”, and “what athlete is not under pressure from the country and the people?”

On February 7th, Zhu finished last again in her Women’s Single Skating Free Skate event with a score of 91.41. She told China News Service, “I was very emotional during the routine and wanted to cry. I could not hold it back, and the tears flowed”.

Many did come to Zhu’s defence, including Jin Boyang, a two-time world bronze medallist on China’s figure skating men’s team. He empathised with her, saying, “I fully understand her position, I was there too. She's under huge pressure as China's last performer in the team event short program and the sole skater in women's figure skating, especially after her selection over the two other girls.”

Eileen Gu also stood up for Zhu, telling reporters, “I think she is amazing. Anyone who can make it to the Olympic Winter Games is already amazing. Mistakes and pressure are both parts of the sport. I think many athletes also fell today, as you saw. Therefore, we should have some sportsmanship”. Speaking about the online hate addressed to Zhu; Gu said that “As someone who actually uses Chinese social platforms I'm going to say right here that over 90% of comments are positive and uplifting”.

Indeed, as Zhu continued competing, the negative comments slowly disappeared beneath other various issues. Some believed that the hate addressed towards Zhu was censored, with the hashtag #ZhuYiMessedUp dropping off of Weibo. Many users began publicly supporting Zhu, saying they were “proud of her” and how she “doesn’t deserve online hate” on the Chinese Pinterest-and-Instagram-like platform RED. Some passive-aggressive comments made snarky remarks about Zhu’s father and her sensitivity, but the issue died down slowly with other things to pay attention to.

On February 15, Zhu scored 53.44, 27th out of 30 contestants in the Women's Singles Skating Short program. Unfortunately, this meant that she was not part of the 24 contestants who qualified for the Women’s Free Skate on the 17th. After her performance in the Short Program, Zhu finally smiled at the camera. She said, “I guess it was a little bit of a redemption; I think I skated much better than the team event. I feel more at ease and try to enjoy the game, that’s why I smiled”.

While Zhu’s image on social media is much better than before, it is undeniable that she received hate from people after her first routine. However, the way the internet portrays the difference between Zhu and Gu is extreme. Gu is regarded as China’s “snow princess”, and many are commending her mother, her confidence, her style and her positive mindset, while Zhu’s social presence is still very much controversial. This raises the question: if Gu had fallen in her events, would the media still portray her in this way?

Social media platforms can be a positive place, but they can also be dangerous. Of course, one is free to express their opinions regarding athletes and the Winter Olympics, but it is imperative to keep in mind these comments' impact on the athletes in question. Hopefully, in her future skating career, Zhu will be able to prove herself to the world once more.