The Disappearing Dolphins of Tai O 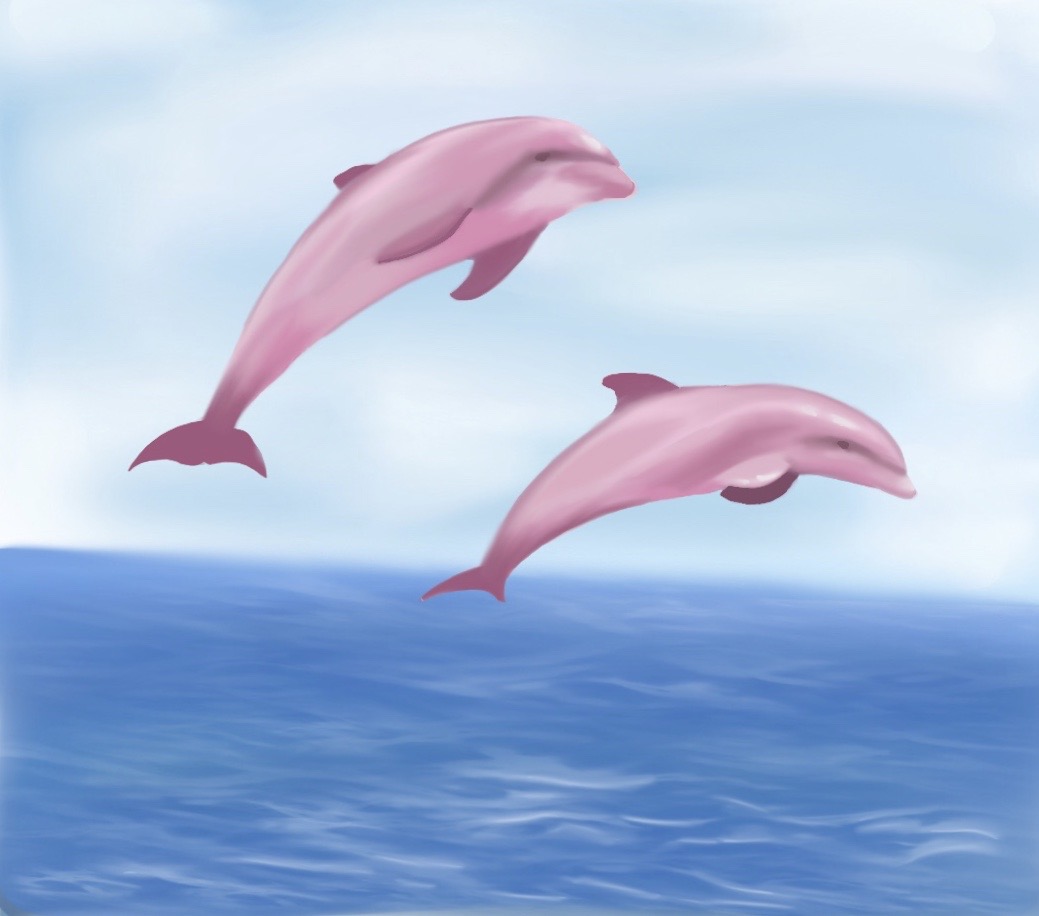 Off the coast of Tai O, a local fisherman points of into the near distance at seemingly nothing. Out of nowhere, a majestic creature springs out of the sea. It splashes down, creating rippling waves that rock the boat as he marvels.

Mr Chan, the fisherman, recalls when Hong Kongers first started realising we had such incredible-looking, pink-shaded torpedoes in the waters a decade ago. Yes, the very same Hong Kong that is leading the world’s business sector, an international standard and role model for infrastructure, a city that became a cultural hub. A city with some of the least bio-diverse terrain in the world, but that did not stop the Chinese White Dolphin calling the city their home.

“The dolphins were the pride and joy for people in Tai O” said Chan humbly, “it made us different, it gave us something unique.” These dolphins had been in Hong Kong waters for centuries, splashing around with no qualms, and it remained like that for many years. Capitalizing on the mammal’s uniqueness, Mr Chan and many more started offering tours to go see the dolphins on their fishing boats. “It was just another way to earn an extra dollar or two, we did not intend to cause any harm to the animals,” Mr Chan explains.

It was not long before Tai O became a major tourist attraction – not only for their stilt houses or their way of life, but also as a prime spot to catch a glimpse of the dolphins. With the increased demand for tours came an increased supply, with companies beginning to operate larger ferries around the area. “I was never threatened by them, we were all there just to make a living, right?” Mr Chan said humbly, “But then I started noticing some abnormal behaviour from the dolphins.”

“Dolphins became increasingly more difficult to spot come the late 80s” Chan says, the smile wiped off his face, “but when you did spot one, you were bound to find a pack.” Mr Chan’s recollections match reports released by experts, many saying that as the dolphins became very aware of all the water activity around them, they started becoming more defensive: minimizing the number of times they had to resurface, resurfacing for a shorter time span and always staying in groups for safety in numbers.

“We thought we were the problem!” Mr Chan exclaims sadly “We (the people of Tai O) loved the dolphins, we stopped offering tours so that we could give the dolphins their natural habitat back.” Little did Chan know at the time that his tours actually helped the creatures, by raising awareness for their existence. This became clear to Mr Chan in the early 90s, when the plans for to construct a new airport at Chek Lap Kok.

“I never went to school, so I do not know how to read or write, so I had a hard time understanding what this airport would mean for us. All I knew was that this airport would harm the dolphins greatly.” said Chan. Him and many other locals joined forces to oppose the project, even successfully applying for a judicial review. “But you know what happened after that, we all do...” said Chan with despair in his eyes, “The big guys never listen to people like us, just the small guys at the back of the room.”

The airport went ahead as planned despite the opposition from people like Chan, formally opening on the 2nd of July, 1998. The airport introduced a whirlwind of pollution to the area.

As the airport had to be built on land reclaimed from the oceans by sea dredgers, a large quantity of ships and construction waste left the area contaminated with harmful toxins threatening the lives of the dolphins. Not to mention the noise pollution from the construction of the airport and aeroplanes which affects the dolphin’s way of communication - echo-location.

Just as Chan and many others feared, the airport seriously hindered the survival of the dolphins, and the data proves it: According to WWFHK, between 2003 to 2013, the number of Chinese White Dolphins in Hong Kong’s waters dwindled from the already small 159 individuals to an incredibly meagre 61. That is a whopping 60% decline in a decade, and that figure is bound to increase. With infrastructure projects such as the HK-Zhuhai-Macau bridge and the new inter-city cross-border ferry terminal at HKIA, the ocean traffic in local waters will increase tremendously, which will worsen the noise pollution problem in the area.

“I do not want to lose the dolphins, I am sure no one wants to lose the dolphins.” Chan said. It may seem like a lost cause, but Chan still believes they can be saved. “All it takes is cooperation with the government,” suggests Chan. A water exclusion zone for vessels, regulation on the airways to keep aircrafts from flying over their habitat, even a dedicated taskforce or steering committee dedicated to monitoring and helping the dolphins.

Even you at home could help. Avoid leaving trash at the beach or in the ocean, boycotting the ferry services in the Pearl River Delta region and use land-based transportation instead. Chan sums it up perfectly with his last words to me before I left, “Actions can be taken at the loss of your own convenience, but not taking any action results in the loss of life.”

The article above was featured in the first edition of the ISSIA Magazine. You can find the full magazine here.