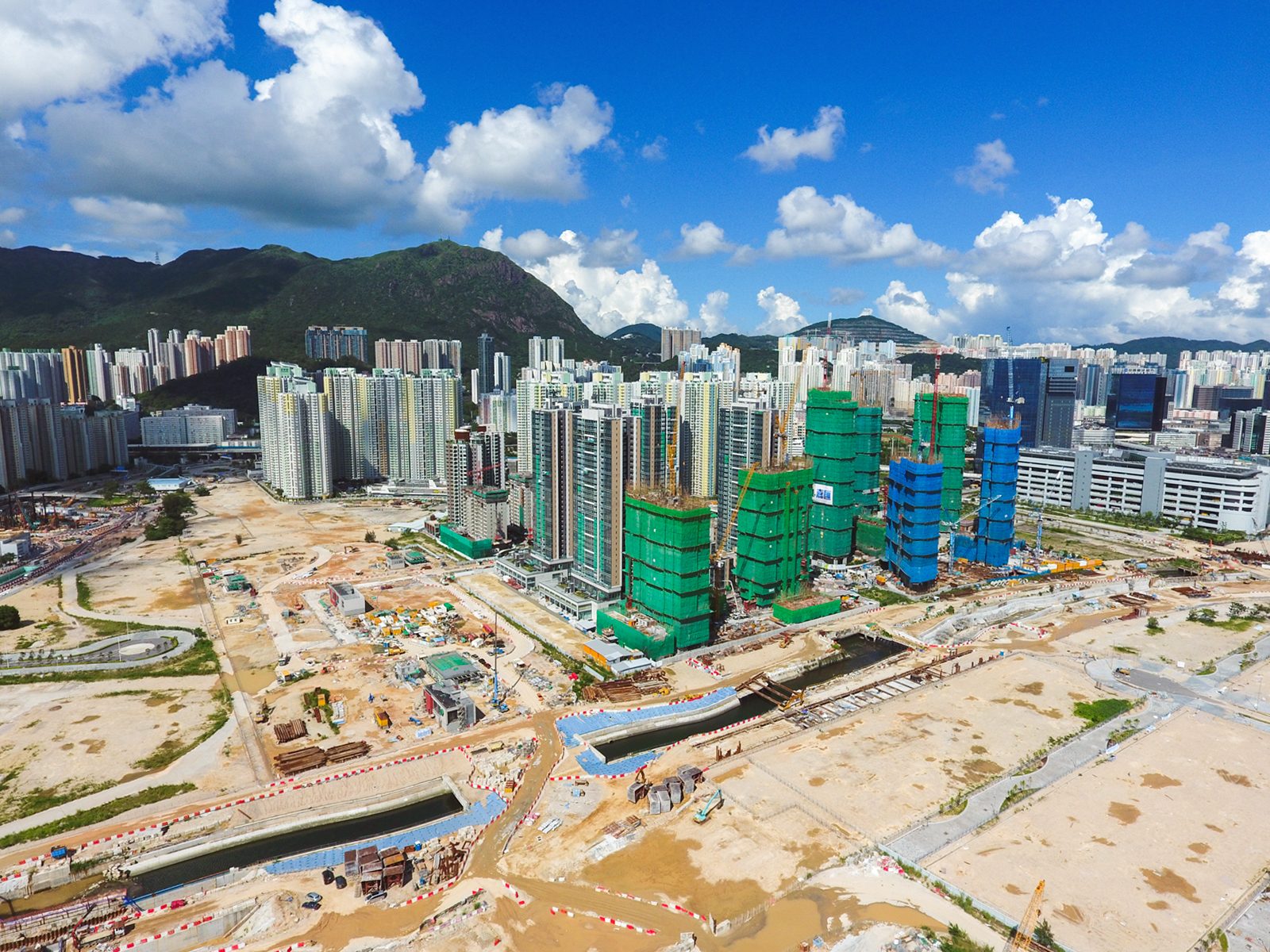 Kai Tak was once the symbol of hope, excellence and prosperity of Hong Kong, until it has been barren for more than two decades. Through a treacherous journey juggling between housing supply and urban sustainability, there is finally some progress with heavy costs on the living environment. Could she ever return to her glory in the future?

There has always been a vast empty lot in the middle of the satellite image of Kowloon. Surrounded by the once-sprawling inner cities, the 320-hectare barren land was once a symbol of the thriving economy of the colony. Planes around the world were flying over tong laus with the exhilaration of children just beneath those polished fuselages, and they swiftly landed on the runway just a few kilometres from the concrete jungles. Landing, taxiing, halted: this was once the routine of Kai Tak, a place opening up opportunities, bringing hope and faith to Hongkongers - the gateway to the world.

Inevitably, the population boom in the 90s skyrocketed the land demand, thereby prompting the relocation of the airport. Since the relocation to Chek Lap Kok in 1998, the land has been completely barren when the vicinity is evolving. On the wasteland were the 10-year temporary car parks and logistic storages. The former runway was obscured by overgrown. Bureaucracy, not action, is in charge: multiple feasibility studies, EIAs, statutory zoning plans were amended over the past decades in response to the discovery of Lung Tsun Stone Bridge, harbour protection, public concerns, coordination with private sectors, etc. Administrative works, inter-sector negotiations, budgeting have to be redone each time to cater to each demand, while not at once, thereby drastically setting back the construction timeline.

According to the website of the project, its vision is quoted “to develop ‘a distinguished, vibrant, attractive and people-oriented community by the Victoria Harbour’.” But it is easier said than done. Given, again, the ever-rising housing demands, it is hard to fathom the 320-hectare land not to be packed with high-rises of public housing, HOS and private property developments. Nevertheless, the city would be further astray from sustainable development with the surge of population density, thereby off-balancing between the living environment and quality of life of local citizens. For one, Kai Tak, at the centre of Kowloon, could be another poorly ventilated urban heat island in Hong Kong, which concentrates air pollution and radiation. Demands for public services and resources in the vicinity could also further escalate, casting a heavy burden on specifically traffic and healthcare services. Open spaces for citizens to catch a breath in the hectic lives are sacrificed for high-rises. Evidently, juggling between dense residential areas and open areas in terms of land use could be arduous for town planners

In summary, the development project, after decades of revisions and amendments, has come to this: 3 peripheral high-rise communities are planned surrounding the open spaces reserved for the runway park and Kai Tak Sports Park. The first public housing estates, Kai Ching Estate and Tak Long Estate were constructed in 2013. To the south is the iconic grid neighbourhood of private developments, which is only half completed. Yet, up to this day, over 80% of the land is still undergoing assessments and construction. The luxury low-density residential plots along the former runway were just bidden by property developers several years ago. It is estimated that they should be completed no earlier than 2025, same with other developments. Indeed, open spaces like the Kai Tak Avenue Park and runway park are reserved; nevertheless, do the residents already living in Kai Tak have to put up with the lack of amenities, pollution from constructions and traffic until everything is properly developed and in use?

Living in the Grid Neighbourhood for more than $21k a square foot has evidently contradicted their deplorable surrounding living environment, providing the price tags of their properties and the promised potential of Kai Tak. In August 2019, a contractor of Kai Tak development has been charged for construction at night, contravening the Noise Control Ordinance; during rush hours, residents have to suffer the traffic jam in Kowloon Bay to drive to their workplace until the Central Kowloon Route is completed in 2025; up to now, there is not a single recreational facility (park, sports centre, etc.) except for the private clubhouses in the district; the only notable infrastructures within the district are the recently opened Kai Tak Station, two primary schools and one secondary school next to the public housing; residents have to walk for 15 minutes to Kowloon Bay for their necessary public amenities. Notwithstanding the barren landscape through their windows for the next 5 years, does the government really have nothing to do about it even after decades of planning and public consultation?

Let’s say decades later, according to the project plan should have been realised: the barren land has been sprawled with vast greenery and a futuristic stadium; along the runway are rows of sustainable low-rise buildings and a monorail between them. Nevertheless, old and new problems remain and arise: could the congestion in Kowloon Bay be solved once and for all for drivers to reach to the New Territories? Would Kai Tak be isolated by the vicinity due to its poor pedestrian accessibility? (Kai Tak is enclosed by major roads and highways) Would gentrification occur in Kowloon City, pushing out the less privileged? Could the sports park and tourism node “Kai Tak Fantasy” really promote local tourism? If so, would local businesses be demolished and replaced by luxury brands to cater to tourism growth? Still, these are questions to be answered by them, but let’s not expect too much as what we saw in the past 20 years.

Kai Tak should live up to the glory, the collective memories of Hong Kongers and truly be a vibrant and distinguished community. In no circumstances should we continue to tolerate every disregard for this land of hope and excellence by mere bureaucracy and dereliction of duty. Kai Tak, by all means, symbolises our prosperity in the past, our desperate status quo and our uncertain future. Is this what we really want for our Kai Tak, our Hong Kong’s future? Can we even confront our past with what we are now?