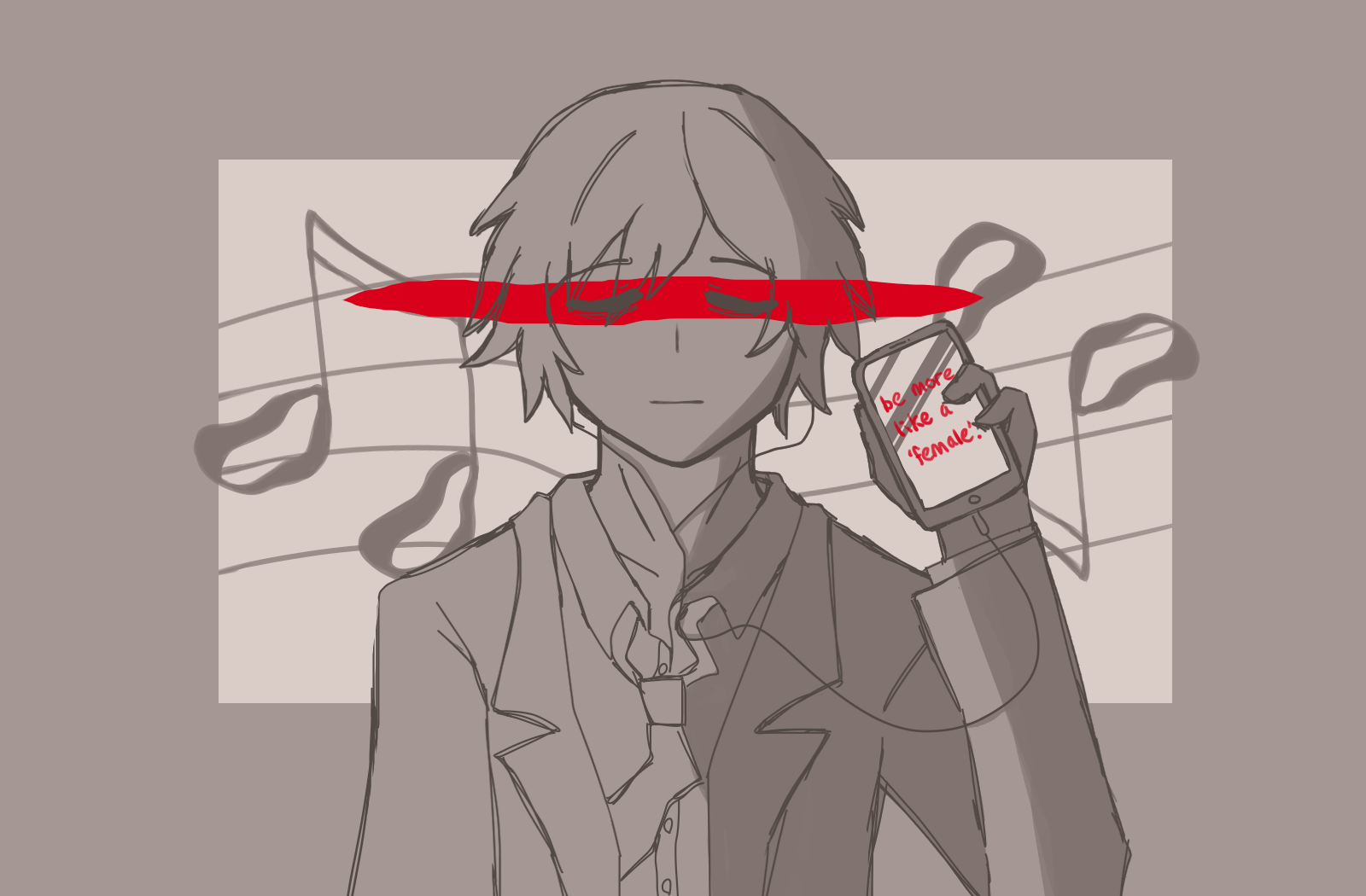 "Have you listened to Serrini's new work yet?" "I love how Jeremy Lau's music revolves around the theme of supernaturality..." Indeed, now that Hong Kong's music industry is experiencing a surge in popularity, one of the first "hot topics" we bring up every time we leave home or go to school every day has, in the most convenient way, become pop music.

It is interesting how the shaping of both pop music and our beliefs follow a reciprocal process, in which sexism is an important underlying issue within this cycle. To evaluate how gender inequality in our society has evolved over the ages, interpreting these hits from the past would be a wise move.

Anyone could enter the kitchen whenever they want to, but such a phrase would imply something vastly different in the 1960-70s. This was when Hong Kong first kicked off its own "Industrial Revolution", factories and large-scale companies began providing thriving opportunities for women to get an actual job. Nevertheless, society still held the traditional, albeit condescending and objectified perception of women.

This perception of women is reflected in "Buttered Egg Tart", a popular oldie from this period. The lyrics attempt to visualize the appearance of a certain girl that the speaker fancies, describing her face as "as smooth and white as a cake" that even a "buttered egg tart" could not compare to its smoothness. The speaker also compliments that her face is "so white & snowy it's as spicy as fire - and even spicier than red peppers." The distorted lyrics may engender discomfort in the audience, since it is understood that the speaker is trying to manipulate the girl. To phrase it more concisely, the speaker is objectifying the girl by merely focusing on her extrinsic attributes instead of her personality and innate qualities.

Sam Hui's "Japanese Doll" was written and released in 1985, yet it illustrates how confining women’s roles were in the 1960-70s. In the song, the speaker pictures the life he would have with a girl of Japanese descent that he just met. While the scenes of the speaker and the girl dating are conventional, the part where he carols his married life exemplifies the sexism evident in this story. The “doll”'s value changes ensuing marriage as she is obliged to "do the laundry", "brew the soup", "massage" the speaker, and assist the speaker in running a sushi bar.

These songs are a reflection of society back then - a society that constrained women from having an independent career and confined them into maintaining internal responsibilities within the family, and a society where the act of objectifying women was tacitly justified.

Hongkongers were not as opposed to women working full-time outside their homes as much by the 1980-90s. There was still a significant income gap between women and men, though narrowed. The music produced during this period, sung by internationally eminent megastars such as Anita Mui and Leon Lai, was not as extreme as those released previously when it came to conveying sexist beliefs. Many of them started to focus on aspects of romance, love, and support in a relationship instead.

Leslie Cheung's inexplicably mellow tone in "Once Upon an Ordinary Girl" matches the dreamlike feeling that the lyrics convey - romance is described as something "like a series of dreams". The speaker insinuates that he is upset by his impulsive actions and inability in managing his relationships. He eventually stops developing affection towards the girl, expressing that he feels as if the love he has manifested had been fruitlessly wasted. The lyrics imply that the male figure should be the pursuer in a relationship, yet allows room for the girl to reject the speaker. As depicted in the piece, gender roles in a relationship are interchangeable, and women do have a say in relationships.

Faye Wang's "Women are Easily Broken" also provides an alternative perspective. The lyrics reveal how the speaker had been broken by numerous past relationships and yearned for her pursuer to "cherish her heart", go ahead with the relationship and "kiss" her "passionately". However, the "heartbroken" speaker is well aware of her "sensitive personality" and she, as a freethinking individual, calls for her suitors to respect her thoughts.

Both of these songs debate on whether women should be in charge of their own relationship and depict women rising slowly from their societal subjugation as the 1980-90s progressed. Though some catch-up work was much needed, society had learned not to confine women to merely familial roles, coupled with bans directed towards eradicating sexual discrimination in workplaces coming into effect.

The One Direction reference here symbolizes how far we’ve come - from degrading women to gradually acknowledging their abilities. As Hong Kong stepped into the new millennium, songs that directly referred to female independence became prominent, enriching genres other than romance in the field of pop music.

Joyce Cheng’s “Goddess” is one of the most distinguished works in the 2010s directed towards the enhancement of women’s status. The lyrics go, “The standards of beauty collide with yours and tell you that you’ve yet to appear pleasing to the mortal eye”, but “you’re naturally glamorous on your own & you haven’t lied, so why would you need people to forgive you and lower your confidence?” and that “you’re a goddess - don’t hide your beauty just because of what the mortal eye says”. The song explicitly explains how female beauty standards became prevalent and encourages women who feel belittled to appreciate their self-worth.

Women’s roles became more diverse in the 2010s - women of all ages and marital statuses began finding a balance between their careers and families. However, there still existed standards that hindered women from reaching their full potential, objectification included. As global feminist movements became more widespread, more artists and songwriters began inserting elements of feminism and gender equality into their work. The 2010s were also crucial in shaping Hong Kong’s entrance into the 2020s, as more Hongkongers became aware of the importance of acknowledging women’s abilities.

2020s: the future lies on our shoulders?

As we approach the 2020s, genres of pop music became more varied. Hits like Serrini’s “Long-term Romance” and the well-liked Cantopop boy band MIRROR’s “Warrior” are examples of how ideas such as mental health, strength, and gender equality are presented. For instance, lyrics of Serrini’s new hit evaluate how long-term romance requires effort from both people in a relationship - perhaps an implication that both men and women are equally important.

There are unlimited possibilities to how the music industry can be shaped in the coming decade, and how feminism will be presented in pop music. But it is up to us - aspiring artists & writers who will be dominating the music industry in the future - to explore the limits of music and use music as a medium to raise awareness on female empowerment.

While the aforementioned songs do not automatically reflect the status of women in their respective periods, they do provide some insight into how society has learned to support female empowerment. Women’s rights and opportunities have yet to be equivalent to that of men, but through advocacy in forms of media such as pop culture, and music, we will be able to build a more inclusive society in Hong Kong.